LyraDanz is a musical project composed of three experienced musicians, members of well-known bands in the Folk music scene both in Italy and abroad. Since the beginning the main purpose of LyraDanz was to introduce unconventional musical instruments such as the bowed psaltery and the Celtic harp with the aim of experimenting new and unusual sonorities in the Neo-trad genre. At first the group has tested a range of instrumental possibilities through a repertoire of traditional French, Breton and Italian folk music, afterwards has developed its own peculiar style through original compositions, collected in the albums „Un giorno in ballo“ (October 2015) and „Una notte in ballo“ (April 2018).

A rhythmical and playful harp that displays a “mediterranean” soul; a virtuoso bowed psaltery, that explores all its melodic and technical potentialities; a guitar that from manouche to rumba, from flamenco to jazz, becomes the driving instrument to experimentation. The three musicians propose fresh and elegant arrangements in a skillful performance, full of dynamism, energy and charismatic stage presence, which leads to a total involvement of the dancing public.

LyraDanz has performed in several festivals and gigs around Europe (France, Belgium, Ireland, the Netherlands, Germany, Switzerland, Poland, Portugal, Spain, Czech Republic), has collaborated with well-known musicians of the Folk scene and is attracting more and more followers every day. 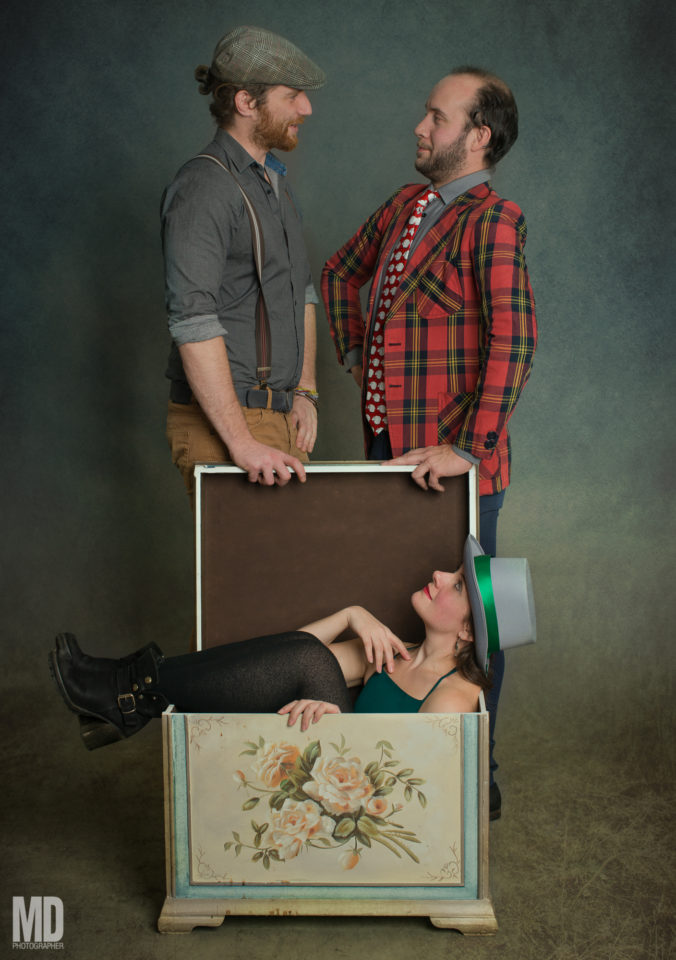 Lyradanz is currently working on a new project: a tribute album to Italian traditional music with fresh interpretations of folk tunes from each of the 20 Italian regions.

The project aims to reevaluate the Italian musical folklore highlighting both the richness and complexity of anthropological themes and offering a broad overview of the regional cultural peculiarities and linguistic diversity: it deals with a living varied artistic heritage which is sometimes unknown in international official contexts.

Taking the Italian tradition as its starting point and respecting the regional characteristics and styles Lyradanz’ main purpose focuses on the melding of Italian folk tunes with an international modern flavor, in the perspective of a continuity and renovation of the Italian folk music drawing on other European countries’ traditions (especially, the Irish, French, Breton and Scottish).

The result is a musical metissage which – though sung in an Italian dialect – refers to the European folk as a whole, with several influences also from the Early Music and the Néo-Trad genres.

…”Un giorno in ballo” is a musical transposition of the sequence of small everyday actions: every hour is marked by a dance, every minute a step, every second by an emotion…”

The conclusion of the 1st album’s concept, with a track-list marking each night-hour with a original composition by LyraDanz.